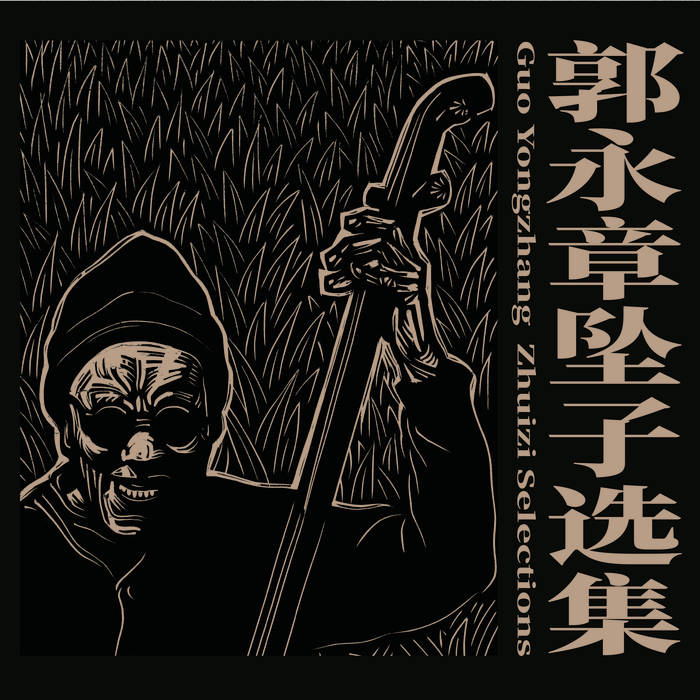 This studio album is recorded after Guo Yongzhang performing on the 5th Tomorrow Festival stage.

Born in 1945, Guo Yongzhang is a true maestro of Henan Zhuizi, a traditional Chinese talking-singing art that has a history of over 100 years. Almost blind, he plays Zhuihu and Zhuibang to accompany his own singing. His vocal style is peculiar, resounding yet smooth, adopting various types of arias from traditional local operas such as Shandong Bangzi and Shandong Zaobang, and he always sings with deep feelings and great verve.

Originated in Henan, Zhuizi is included in the national intangible cultural heritage list and has been popular in Henan and its nearby regions. Its main accompaniment musical instrument is Zhuihu, a two-stringed bowed instrument made of wood, and secondly the Zhuibang, a wooden percussion played with foot tapping. Since Zhuihu has a wide diapason with a soft sound and relatively high volume, the performer can use it to imitate the voice of human and animals.

Guo was born with bad eyesight. Growing up in poverty, he never had enough food and had been living on begging in the nearby village with his parents. It was during that period he discovered Zhuizi for the first time, and was so obsessed with its unique charm that he decided to learn playing by himself. He bought a second-hand Zhuihu from the local opera troupe with wages from hard physical labor, and soon managed to play some short pieces by hard practice. However, it was still difficult for him to gain respect from the local folks without training under the traditional master-apprentice system that he couldn’t afford, and even worse, his eyesight went worse and worse to nearly blind. Not until he turns 17 was he reluctantly accepted by a Zhuizi master and has been assiduously learning and playing until now.

Lyrics of Guo’s Zhuizi are about respecting the old, valuing the righteousness and compassion, while keeping a sense of humor. Today, he is widely-known in the border region of Suzhou, Shandong, Henan and Anhui, and is commonly regarded as a Zhuizi master.

Guo has been playing among people tirelessly for decades. As he ages, Guo knows there is not much time left for him, and he feels sorry that nowadays only few people want to learn Zhuizi. He is worried that this precious art form would disappear someday.