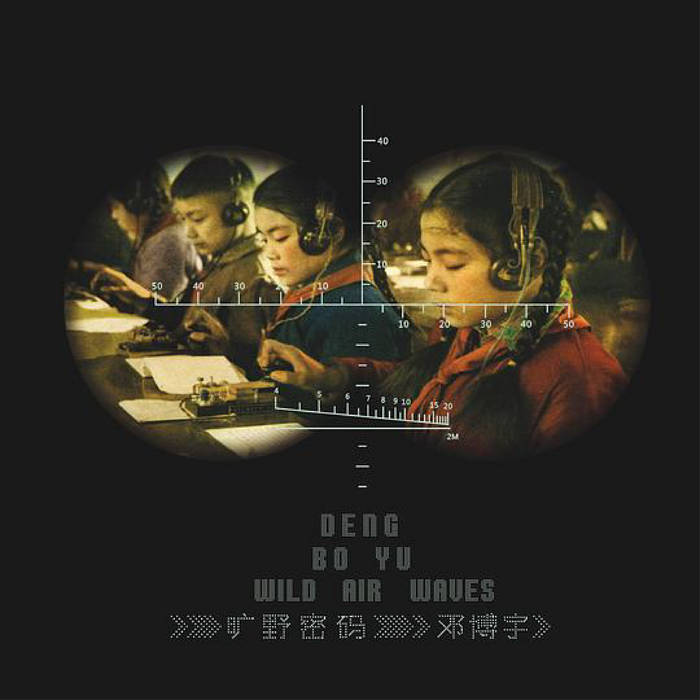 Deng Boyu is a drummer originally from Inner Mongolia whose work covers a wide range of different styles including rock, jazz, noise and free improvisation. Since the late-1990s, Deng Boyu has been active in the Chinese music underground, participating in numerous bands and projects, notably Dawanggang, Wu Tiao Ren, Yerboli, and Hai Qing. One of China’s most prominent improvisers on the drums, Deng Boyu has performed with musicians both in and out of China, including Xiao He, Wu Na, Mamer, Lao Dan, Lee Ranaldo, Marc Ribot, Akira Sakata, Sabu Toyozumi, Theresa Wong, Steven Buchanan and Federico Casagrande.
In 2014, Deng Boyu formed the avant-rock band Red Scarf (红领巾) with guitarist Li Xing and saxophonist/flutist Lao Dan. Under Modern Sky’s Bad Head label, the band released their self-titled debut in 2016 and a sophomore album, titled They Know We Know They’re Lying, in 2018. In 2017, the three members of Red Scarf collaborated with American cellist/vocalist Theresa Wong and clarinetist John McCowen at the Lijiang Studio artist residency. This vigorous and adventurous session, where Deng Boyu improvised on a self-assembled drum set made up of found farm trash, is documented in the album Crossing a River by Rope, released in 2018 by fo’c’sle. In 2017, Deng Boyu released a duo improvisation album with Mamer on electric bass, titled Universal, which was a result of the duo’s long-standing collaborative pursuit of dark, heavy, and explosive sounds. He is also featured in the cassette album Burning Bookshop alongside Lao Dan and Japanese trumpeter Shinpei Ruike, which was the recording of a wild jam session in the Old Heaven bookstore during the OCT-LOFT Jazz Festival in 2017.
Since the 2000s, Deng Boyu has also been working individually as an avant-garde electronic musician. Addicted to the building of minimalist atmosphere, his electronic works often present sensitive and delicate tunes and textures, weaving irregular rhythms with intricate, whimsical thoughts and a unique aesthetic of sampling and collaging. In 2012, Deng Boyu released his first electronic solo album, titled Wild Air Waves, under the Old Heaven label.
Formerly based in Shenzhen, Deng Boyu now lives in Beijing, he is currently working on his second solo electronic album and a duo improvisation LP with Lao Dan, both due to be released in 2020.